What’s The Best Way to Bring Your Ideas to Life?

You need to shepherd an important business initiative — a website design, a new service, a mobile app, a rebrand, a brand new business — from idea to launch and beyond. And you don’t have an endless budget or endless time.

What’s the best way to do this? As you look out to the coming days, weeks and months, what should you be focused on? Learning from businesses that came before you, what’s a proven methodology that reduces time, cost and frustration while increasing chances of success? What is the right framework for your business to use?

You may or may not be familiar with the Lean methodology of building a “just enough” product made popular in the startup world by Eric Ries. A core Lean principle: your early days are more about learning than they are about building. The faster you learn what works with real people, the faster you move in the right direction and the less time, money and interest you waste.

But you want even leaner early learning? Read on below for four methodologies for crafting your project including one developed by Jake Knapp of Google Ventures and his Design Sprint methodology which removes the building and launching phases completely. 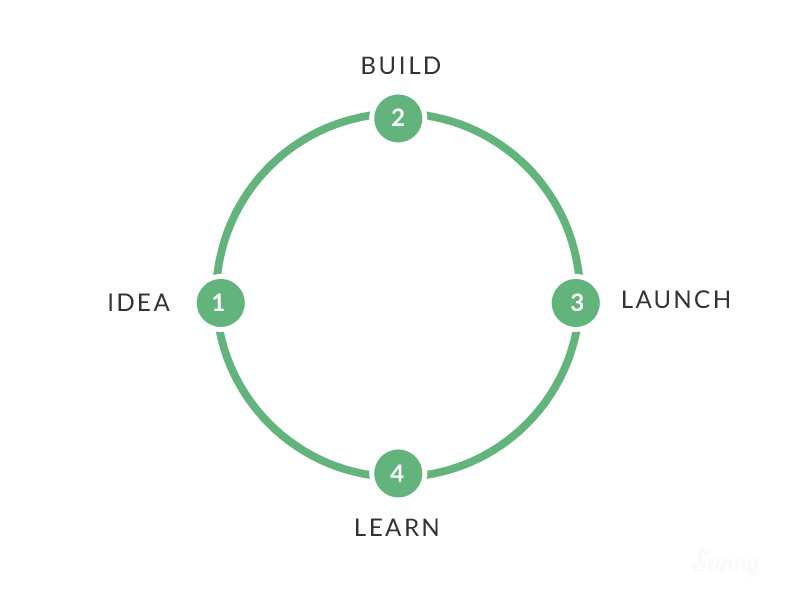 This method may be summed up as: Create a plan. Work the plan. Build the thing.

When working with an outside agency or freelancer, a hefty front-loaded discovery phase might put a good many hours toward crafting a detailed agreed-upon spec which becomes the playbook all work toward completing.

Putting a version of what you are building directly in the hands of the prospective customer comes after much or all of the work has taken place — when there is a decent presentable product for testers to interact with. Or perhaps customer testing does not come until the launch of the product.

If there are less unknowns, maybe you can find this to be an acceptable approach. Plan the work. Work the plan. 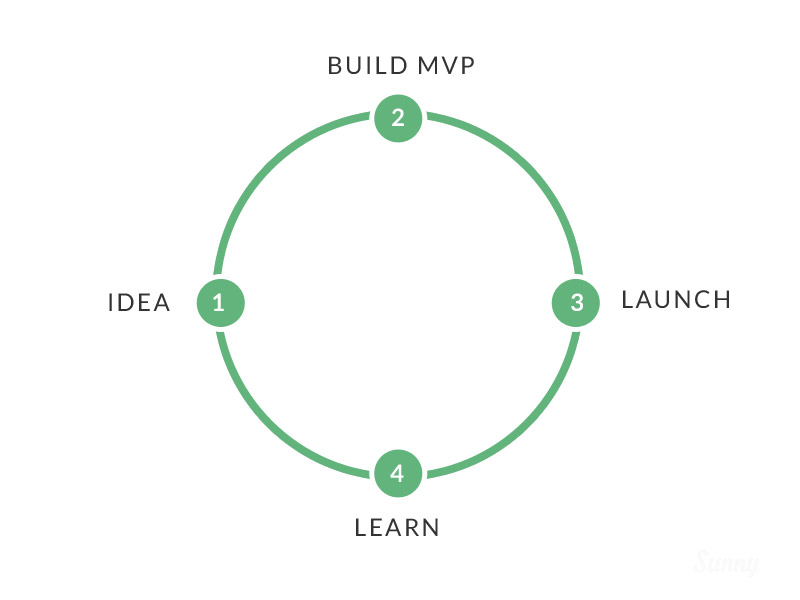 Eric Ries spent weeks and weeks developing, refining, writing code and helping shepherd a product into existence at the 3d avatar chat startup IMVU. The launch was a dud. They slowly added users but it was anemic.

Only after undertaking a series of user testing did he and his team come to the painful realization that some of the very core assumptions that the startup were based on were simply not true for their audience. After throwing out weeks worth of work he asked himself: “Wouldn’t it have been better to learn these lessons much earlier?”

Inspired by Japanese lean manufacturing methodologies along with entrepreneur and teacher Steve Blank‘s Customer Development methodology, Eric began crafting a “Lean Startup” methodology. It focused on helping scrappy technology startups learn early and learn lean before those lessons became too costly. The methods found in his popular The Lean Startup have become a “Lean Startup Movement.”

Unlike the traditional method mentioned above where a robust version 1.0 is built for launch, a lean approach argues for you and your team to work toward building a MVP, a minimum viable product. Don’t waste time on non-essential features and elements that the market may end up rejecting anyway. Instead pare your project down to its fundamental bones. Talk with customers continuously.

“If you’re not embarrassed by the first version of your product, you’ve launched too late.”

A Leaner Method Yet 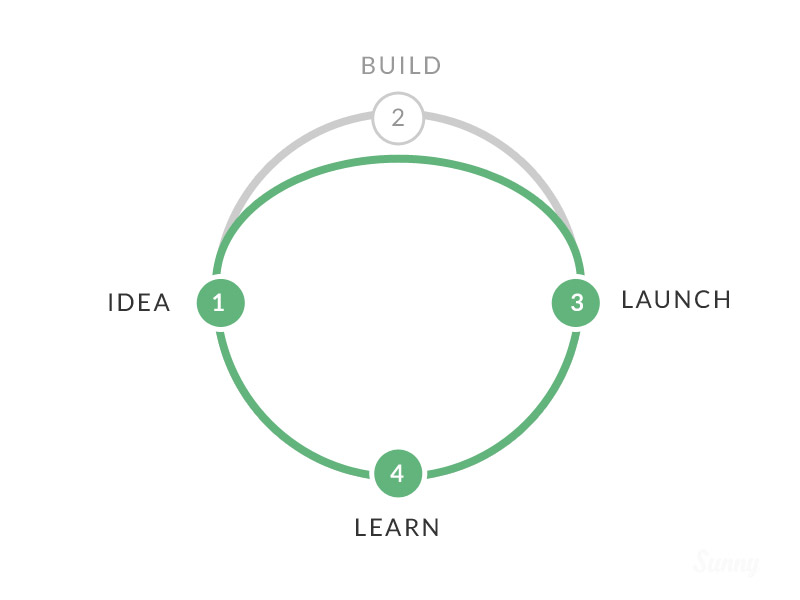 One method some use is to publicly launch a one page website or other marketing tool to gauge interest in their business or product concept before committing to any building – including MVPs.

And the ultimate validation is “will people pay for it?” You can consider offering a pre-sale for this as-yet-to-be-built product. “If we get 20 orders we are building this.” You might also consider a reduced, “early adopter” price. Be truthful. Don’t pretend that the product is built when it isn’t.

Crowdfunding like Kickstarter can be another form of validation before production begins.

This method often works best for big concept ideas like launching new businesses and new products. For refining an existing app or service, for example, this becomes less effective.

Want even leaner? Instead of writing a line of code or waiting for a public launch to test, why not go to the source? Create several super light-weight design prototypes and test them with actual prospective customers. This is the approach we at Sunny believe strongly in.

A design sprint can focus the energies of you and your team on creating and testing such prototypes in a very short period of time. The method created by Jake Knapp at Google Ventures structures the design sprint process in a 5 day work week:

The end result is a clearly defined, user-tested prototype to be brought into one of the processes mentioned above: bringing it into the production phase to build your MVP, go for more customer development or even gauge interest with a pre-sale offering. Quickly.

Which is right for your business and your project? 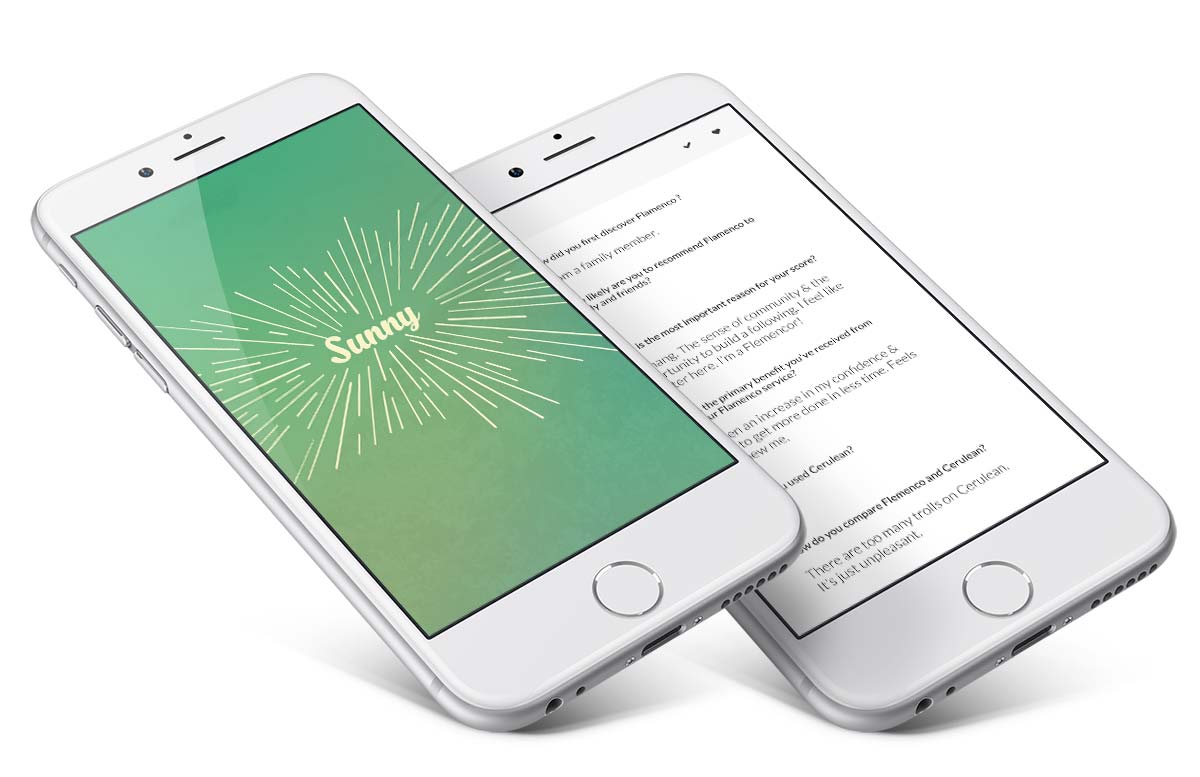